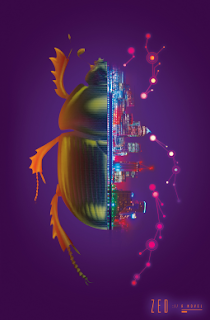 Review:
This book was promoted as a sci-fi dystopian where everyone's lives are dictated by algorithms, with a strong philosophical and dark comedy bent. I'll be honest, I get why it's listed as science fiction, but it's really more of a drama than anything. I will give Kavenna full credit, this is the first time I've read a book about a dystopian society falling apart from the perspective of those running the dystopia. That was a very nice change of pace and I greatly appreciated that. A lot of the book focuses on the philosophy/ethics of monopolies. Things like people can always choose to not opt into the algorithms. Of course, if they don't, they'll never get into college, will never get employed anywhere and will have to live in squalor, but it's still their choice. The fact that dissenters get drowned out or have some minor criminal activity brought to light is purely coincidence. And, honestly, to me that covers about 80% of the book. It was an okay read, a nice little stretch into the philosophical and, at times, the absurd. 3.5 hoots! 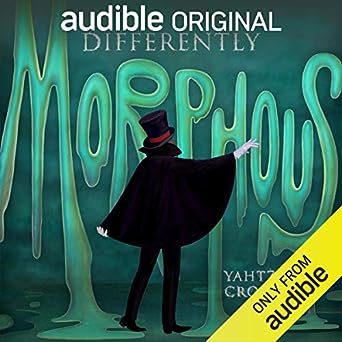 Alison has just had her heart broken. She's been told she doesn't have a magical ability and was admitted to the magic school by mistake. The reason for the mistake is that she has an eidetic memory and her perfect standardized test scores indicated a magical ability. Instead of sending her home she's brought in to work for the Ministry of Magic, specifically as an assistant the...unique character of Diablerie. Soon after she joins, a magical serial killer is on the loose and she must discover, is Diablerie the villain or just a madman?

This is a very well written story with interesting characters. Each person has their own take on the "political correctness storm" that comes in when the Fluidics enter our dimension seeking asylum. From the "social justice warriors" to the "Shoggoths are dangerous" the entire spectrum is well represented. And as much flack as Dr. Pavani gets for thinking that people possessed by the Ancients should be referred to as "Dual Consciousness" I give her full credit for putting her all into what she does. She never backs down and even confronts a lot of fears that those around her do not. At the same time, I love the character of Mike Badger, a former freelance bounty hunter for the Ministry who regularly killed Fluidics. He honestly goes with the flow pretty well and, when he learns that Shoggoths are sentient and protected creatures, he finds other things to do to earn money. You get quite a range here and I love how these characters play off of each other. A lot of them are, essentially, good people who just want to do their best. Some just play better by the rules while others break/create the rules.

The Fluidics/Shoggoths are absolutely adorable. Croshaw plays the reaction to them just right. Because they are so utterly inhuman and talk with a cute lisp ("We would wike to wequest asywum") humanity utterly adores them and goes out of their way to chastise any who would endanger them. Meanwhile, the possessed humans get a lot less sympathy because they are so very human in appearance. The "YouTube video comments" sections of the book are so spot on. From the public feeling that Dual-Consciousness are spoiled kids to people who "identify as Fluidic-kin". You get a lot of almost too real reactions.

The murder mystery itself is a delight! It's another case of Croshaw leaving all the clues there for you to see but you (or at least I) don't notice them or put them together quite right until the reveal. There were no gaps or leaps in the conclusion. There were no "what did I miss?" moments. It's all right there but Croshaw's story is so engaging, you don't notice the little things so easily. So when the killer is revealed, you are surprised in a good way and never feel cheated.

I absolutely loved this book. I've read/listened to it many times now and it still makes me laugh. Some of the humor is a bit dry, but holy wah, the story and characters are so engaging. I'm really hoping Croshaw writes a sequel to this one, he left more than enough to go on. I happily give 5 hoots and encourage you to pick up a copy.